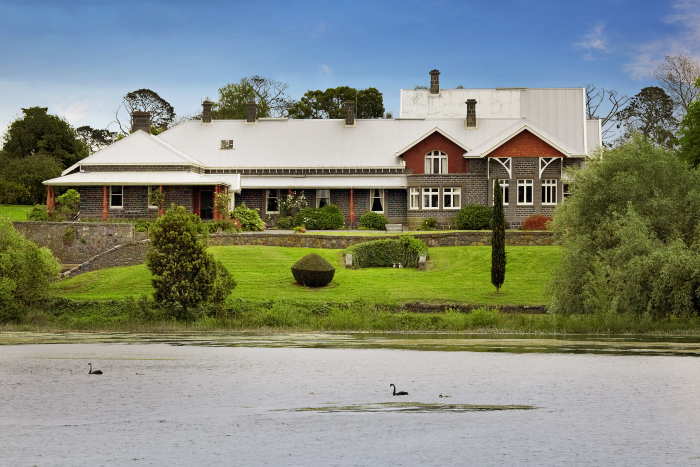 Purrumbete, Weerite was settled by brothers Thomas, John and Peter Manifold in 1839 and the family subsequently became one of Victoria's largest landholders. The Purrumbete property developed into a highly prosperous and substantial farming complex during the latter half of the nineteenth century and the homestead grew from a core build in 1857-60, which was extended in 1882 and extensively altered in 1901. Successive generations of the Manifold family lived there until 1983. 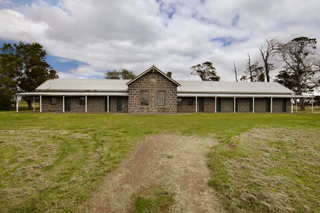 John and Peter Manifold arrived in Tasmania from England in 1831 and first sighted the land on Lake Purrumbete in 1836. Together with Thomas, they laid claim to 100,000 acres around Lake Purrumbete in 1839, and John and Peter remained as squatters on this land until the mid- 1850's when their land was converted to freehold. John died in 1877, and after Peter died in 1885, the property was divided between John's sons. The Eldest, William Thomson Manifold, acquired the portion containing the homestead on 10,809 acres. After the First World War, much of the Manifold family landholdings were sold for soldier settlement and by 1963 only 991 acres of the original estate remained.

Extensive building work was undertaken at Purrumbete property between the years of 1842 to 1901. This included the development of the main homestead and the construction of outbuildings and affiliated garden and farm works. A house was originally constructed on the site of the present homestead in 1842 and in 1857-1860 a large bluestone addition was built, part of which remains as the south east wing of the homestead. Major additions were made to this house in 1882 to designs by Western District architect, Alexander Hamilton. 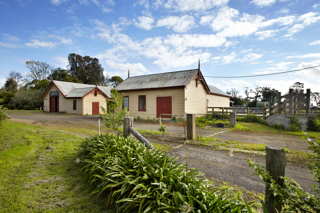 The resulting single storey Italianate bluestone house with iron hipped roof, doubled the size of the homestead and included bay windows and an encircling veranda with elaborate ironwork. A Cellar was added under the entrance, drawing room and morning room and in 1884 a conservatory was constructed at the western end of the house. In 1901 architect Guyon Purchas was commissioned by W.T. Manifold to again enlarge and modify the house, resulting in a highly unusual Federation Arts and Crafts style building. The most significant changes were made to the rooms along the front wing with addition of a first floor, the inclusion of a substantial hall with minstrel's gallery, and the modification of the drawing room. 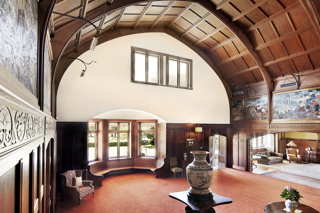 Internally the mains spaces are Arts ad Crafts in character with Art nouveau detailing. Extensive timber work, such as panelled walls and ceilings, frieze brands, sliding doors, screens, newell posts, fire surrounds, overmantles and inglenook seats, and metal work incorporate sinuous details. The timber fittings were crafted by Melbourne joiners, Murray and Crow, between 1902 and 1904 and, together with the metal work, were probably designed by Guyon Purchas. Manifold commissioned the leading Heidelberg School artist, Walter Wither, to executive six paintings depicting the early settlement and development of the family at Purrumbete, to line the main hall of the homestead.

By the early 1930's many of the rich coloured wallpapers and glazed fire surround tiles had been painted and the copper fire hood of the main hall had been replaced. The servants' quarters, to the south west of the main wing, were demolished in the 1940's and the conservatory was removed in the late 1950's, although the base remains. 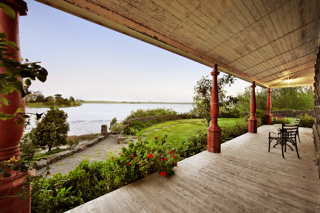 By the early 1890's at least twenty outbuildings had been constructed at Purrumbete, all build in timber except for the bluestone men's quarters. The six predominantly intact buildings include the Coach House, House Stables and Dairy, Carpenter's (Blacksmith's) Shop, Manager's House and Cool Store, Men's Stables, Cart, Cow and Store Shed and Men's Quarters. Most of these were designed in a picturesque style, possibly by Alexander Hamilton, with gable roof forms, often with decorative features. Other contributory outbuildings, and the ruins of others, remain on the site.

The Manifolds made ample use of the lake as a water resource. A water reticulation system, including a network of underground cast iron water pipes, three tunnels, three above ground bluestone water tanks, steps to the lake and an early drain, remains from the 1870's and 1800's. Alexander Hamilton was largely responsible for the evelopment and supervision of this work. A remnant turntable from the late nineteenth century rail system, used to run wood carts to the rear of the main house, also remains. 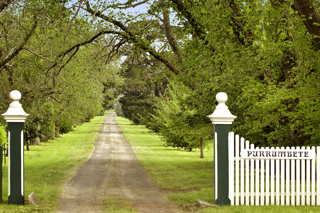 Some of the design elements of the homestead garden have been retained from the late nineteenth and early twentieth century, including the driveway, garden layout and the vase of the former conservatory. A collection of plants and trees, representative of the periods of development, remain, as does ornamental planting in the wider landscape, in particular the areas known as the Wood and Picnic Point on Lake Purrumbete. A glass house, with original water reticulation system, situated to the west of the main house and probably dating from the early 20th century, also remains.